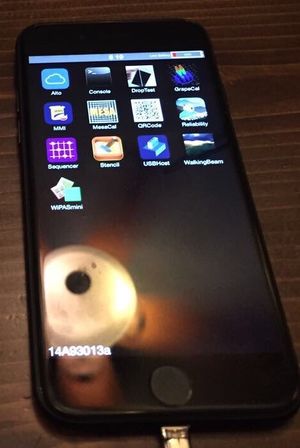 This is an internal firmware based on an internal version of iOS 10.0. It appears to be a newer version of WhitetailAni 14A93012r with minor updates, and contains the same set of applications.

After booting up, SwitchBoard.app shows up, allowing you to choose many different options. There are some new applications here, with different icons, as well as interesting redesigns to certain applications, such as Operator.