This is one of the biggest SwitchBoard builds, with its filesystem alone being huge in size (11.5 gigabytes). It is based off of an internal version of iOS 10.0. Intrestingly, Despite only known to be working on the iPhone 7, This build contains kernels for A7, A8, A8X, A9, and A9X Processors. 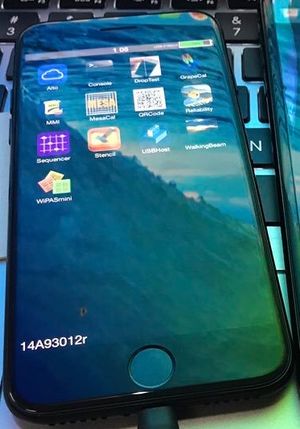 After booting up, SwitchBoard.app shows up, allowing you to choose many different options. Intretingly, the regular iOS health app is included. There are some new applications here, with different icons, as well as interesting redesigns to certain applications, such as Operator.