The following NonUI build is based off of an internal version of iOS 6.0. It seems to be a later build of Sundance 10A23110z, and was first found on an iPhone 5. 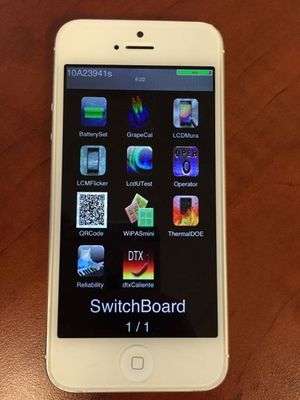 Unlike Sundance 10A23110z, BurnIn is hidden. In its place is dtxCaliente, along with other apps on SwitchBoard.app: