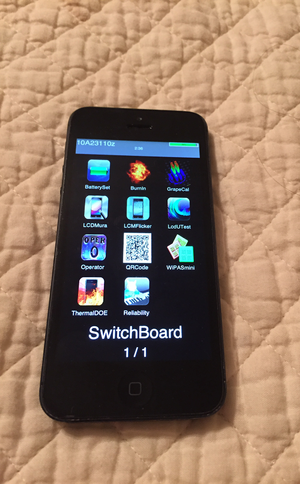 The following is a build of SwitchBoard based on an internal version of 6.0. It was first seen on an iPhone 5. Currently, it is one of the earliest nonUI firmwares known based off of iOS 6.0, therefore it may be less stable.

Unlike later builds such as Sundance 10A316, which have certain apps hidden, this build has all of its apps showing.

After booting up, SwitchBoard.app lets you choose from a wide variety of apps. They are: