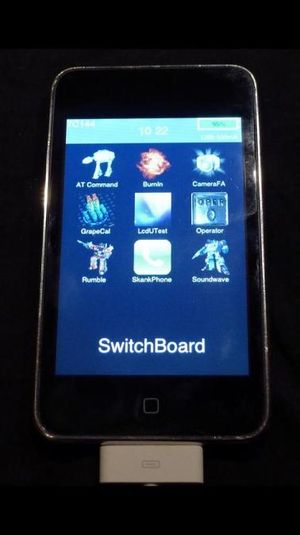 This build seems to be a newer version of Inferno 7C1095a, and is once again based off of an internal version of iPhone OS 3.1. This firmware is notable for appearing on multiple prototypes of the iPod touch (3rd generation) featuring a camera.

First seen on an iPod touch (3rd generation) DVT (Design Verification Testing) unit, this firmware is equipped with all of the apps from Inferno 7C1023e, but has a few extras. Upon booting into SwitchBoard.app, you will see the following applications: