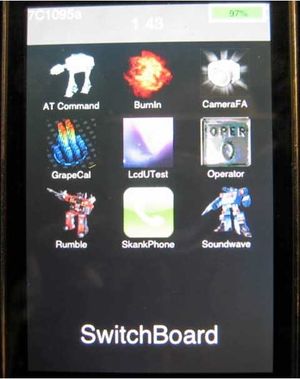 Inferno 7C1095a is, apparently, an internal firmware used for testing. It was discovered on a DVT (Design Vertification Testing) iPod Touch (3rd generation), but may be in use for other iDevices. It seems to be a later version of Inferno 7C1023e, with the same applications.

The firmware includes standard set of UNIX binaries. apt-get is present suggesting that there is an internal APT repository.