The following is one of the earliest known NonUI builds that is based off of an internal version of iOS 9.0. Originally found on an iPhone 6s Plus prototype, this firmware features two versions of Reliability along with other SwitchBoard applications. 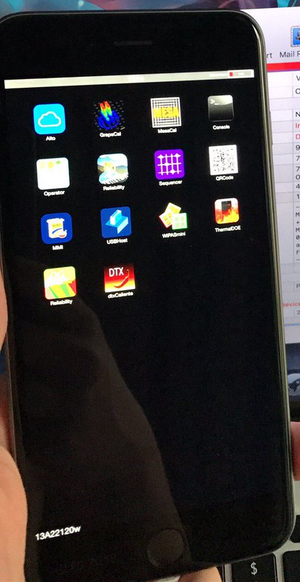 Upon booting into SwitchBoard.app, the user will be able to choose from a number of applications: