From The iPhone Wiki
(Redirected from M1)
Jump to: navigation, search 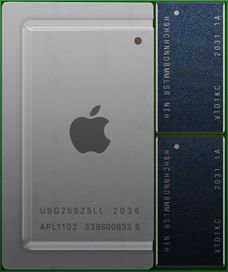 The Apple M1 is the first ARM-based SoC designed by Apple Inc as a central processing unit for its line of Macintosh computers and iPad tablets.

It was first introduced at Apple's 'One More Thing' keynote on 10 November 2020.
and Apple claims that it has the world's fastest CPU core "in low power silicon" and the world's best CPU performance per watt.

It's identified internally as T8103 and the part number is APL1102.