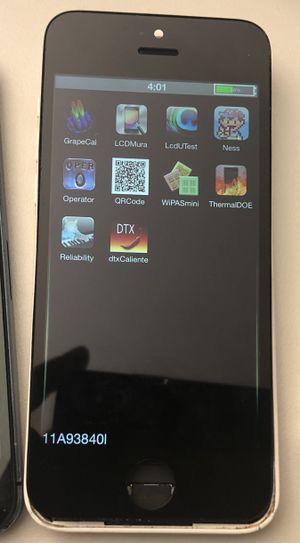 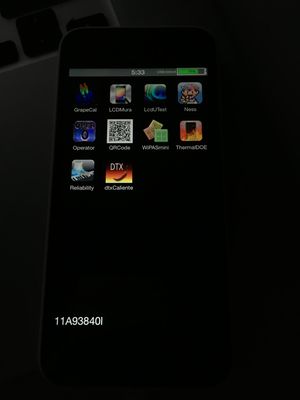 The following NonUI firmware is based off of an internal version of iOS 7.0. It was originally found on an iPhone 5c prototype. The filesystem of this OS weighs in at around 2.7GB.

As is commonly the case among NonUI builds starting with 7.0, this build is stripped to work only with the iPhone 5C, and possibly the 5S - since it does have kernels referencing both A6 and A7 processors. Notably, this build features diags for both N48 and N49 models of the iPhone 5C. It also features EarthBound. It is possible to tether install this on a regular production iPhone 5 and 5c.

Upon booting, SwitchBoard.app lets you choose from the following applications: