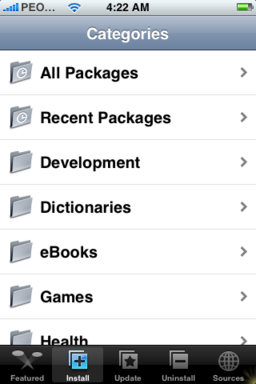 Screenshot of the UI.

Installer.app (also known as Installer) is a homebrew application for installing third party applications on the iPhone OS. It can be installed after the jailbreaking process. Installer.app currently runs on firmwares 4.0 and up (and maybe 3.x, not too sure), but version 4 and further will support only firmware 3.0? onwards.