This is an internal firmware based on iOS 3.2 for the original iPad. It was first discovered on a prototype iPad found by SonnyDickson, and was later documented by 9to5mac. It seems that this firmware is a later version of Wildcat 7B3341e. 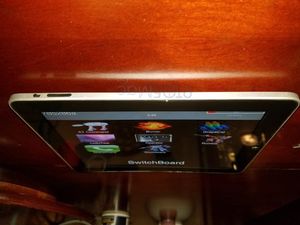 Upon booting into SwitchBoard.app, you will see the following applications: