From The iPhone Wiki
(Redirected from Sundance 10A63971b)
Jump to: navigation, search

This is a 6.0-based factory firmware, discovered on an iPad mini prototype unit. It is very similar to other factory versions of 6.0 (such as SundanceTaosTianshan 10A63970v). An incomplete root filesystem dump exists and is around 2.3 GB.

It contains kernels for Apple A6X, A6, A5X, A5, A4 processors as well as the iPod touch (3rd generation), iPhone 3GS. Interestingly, there is also a kernel file relating to an unused processor type - s5l8740x.

This build is also able to run on the iPhone 4S and iPad 4. 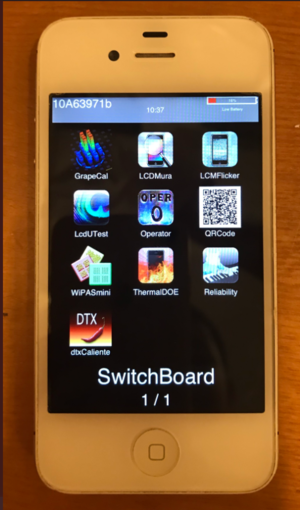