This build seems to be an earlier version of HoodooYabuli 9B3176n, and is also based off of an internal version of iOS 5.1. It was originally found on an iPhone 4S EVT (Engineer Verification Testing) device but has appeared on multiple units since. There seem to be little to no differences between 9B3176n and this firmware. The filesystem of this OS weighs in at around 2.2GB. It dates back to January 2012. 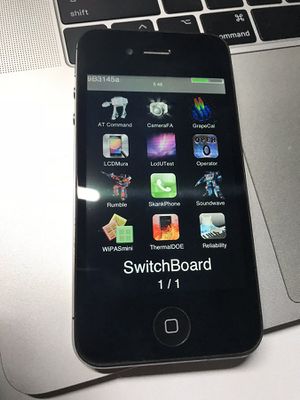 This firmware seems to have all of the applications in HoodooYabuli 9B3176n, but is missing LCMFlicker. The reason why it is not present is currently unknown. Upon booting into SwitchBoard.app, you will find the following applications: