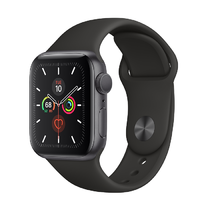 It also contains a GPS module, and on cellular models an LTE chip.