This is an iOS 4.0 internal firmware. It contains kernels for A4 and A5 devices as well as earlier iPhones such as the 3GS and 3G. It suffers from minor visual glitches and performance issues.

Originally leaked in the form of a restore bundle.The root filesystem key was obtained, and a decrypted rootfs started making its way around. IPSWs of this build were later created for the iPhone 3GS and iPhone 4 and can be restored using bootrom exploits.

This firmware can be ported to the 3G. However, upon booting, the app icons will be missing, SwitchBoard will be rapidly flickering, and the device will most likely be hardware damaged.

Notably, this firmware causes device battery temperature to increase more quickly than other firmwares, however it is fairly stable to use. Optiimization for different devices appears to be very bad. It can be notably slow at times and certain features will not work - most notably Operator refuses to play music, the GrapeCal quit button refuses to work. It is also prone to visual glitches, and will sometimes display a charging indicator even after a device has been disconnected from a power source. 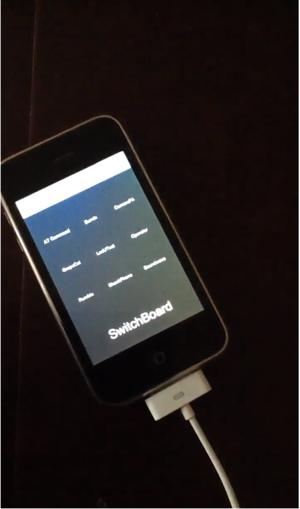 This build contains the following applications which can be launched through SwitchBoard.app: