This Internal UI build of iOS is based on an internal version of iOS 5.0, It was discovered on a K48AP. It features quite a few apps and games for testing purposes. It is a full build, not Desense. We can tell because of the amount of applications on the SpringBoard. This is the only publicly known iPad 1 internal build as of now.

The list of internal applications in this build is currently unknown, however, a few of the applications are shown in the pictures. 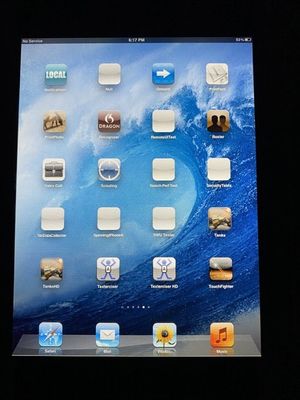 Some of the Applications on this build. From @DongleDookPro on Twitter. 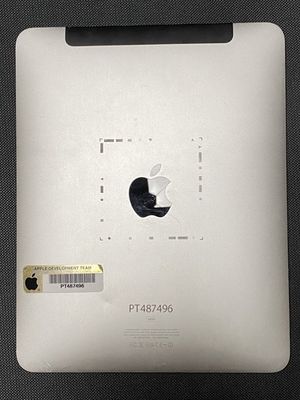 The back of the prototype iPad containing this build. From @DongleDookPro on Twitter.
Retrieved from "https://www.theiphonewiki.com/w/index.php?title=Telluride_9A269&oldid=102541"
Categories: