This is the iPhone 4 (GSM model). Announced on WWDC keynote in June 2010. It features a new exterior design, 5-megapixel camera with LED flash, the 960x640 Retina display screen and FaceTime Video Calls. It runs iOS 4.0 and later. The name used in firmware is iPhone3,1. 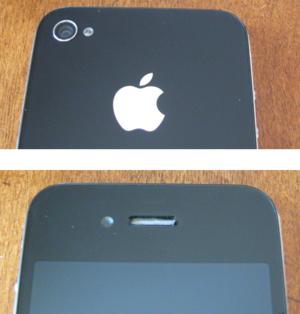