All tests are performed via a usbmux interface. During that time the iPad displays a grey colored screen and wants to collect logs for tests that are collected and used in the factory 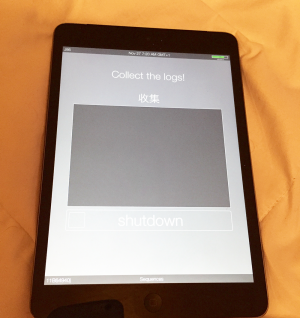 This version of Inferno has been seen first on the iPhone 5s, followed by the iPad Mini 2 and the iPhone 6