HoodooYabuli is a factory firmware based on iOS 5.1. It is able to run on iPhone 3GS, iPhone 4 and the iPod touch (4th generation). Due to the fact that it contains kernels for other devices (something which is common for most SwitchBoard filesystems), it can possibly be installed onto other devices (such as the iPhone 4S). Its stable and does not encounter many bugs. 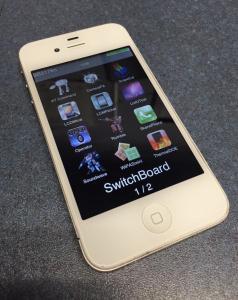