This is an internal build of iOS 6.0 which runs SwitchBoard. A dump of its filesystem weighs in at around 4.1 gigabytes. This build also contains internal firmware for Haywire.

Kernels for Apple's A6X, A6, A5X, A5 and A4 processors, as well as the iPod Touch 3G and iPhone 3GS, are included. Interestingly, there is also a kernel file for an unused processor type - s5l8740x. This build is known to be able to run on iPhone 4S, iPhone 5, iPod Touch (5th Generation), iPad 2 and possibly other devices. 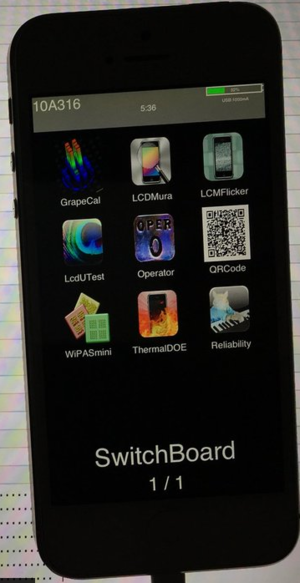