This is a 6.0-based factory firmware, discovered on an iPad mini prototype unit. It is very similar to other factory versions of 6.0 (such as Sundance 10A63970v). An incomplete root filesystem dump exists and is around 2.3 GB. 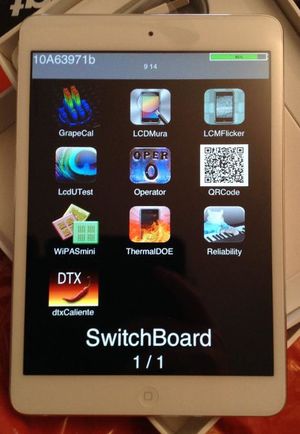