The following build is a factory firmware which is based off of an internal version of iOS 6.0. First discovered on an iPad mini prototype device, this firmware seems to be a slightly earlier version of Sundance 10A63971b. A complete root filesystem dump was around 4.7 GB. 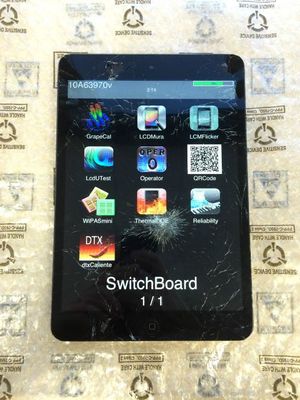 Upon booting into this firmware, SwitchBoard.app will let you boot into the following applications: