Difference between revisions of "Saffron" 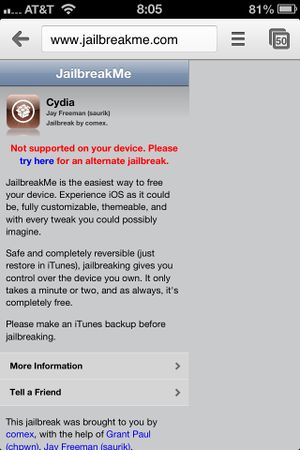 Saffron on an (unsupported) iPhone 4S

Starting early December 2015, the domain started to display a blank homepage. In addition, JailbreakMe began to redirect traffic to HTTPS; however, the TLS certificate it was using was invalid. Turns out comex moved the files to his personal domain.