PurpleRestore is a tool made by Apple and is used for flashing iDevices. Barely anything is known about it except that it provides far more customization than iTunes. PurpleRestore-106.00 (build 11A437) is the latest known version which is capable of detecting devices running the latest iOS 7 beta. Little is currently known about which versions it "supports" for restoring as such.

Like iTunes, PurpleRestore communicates with iDevices using a usbmux connection.

Unlike iTunes, PurpleRestore doesn't use IPSW files to restore devices. It uses "Restore Bundles" which can be obtained from a server specific to a version of iOS, such as afp://fieldgoal.apple.com/RestoreImages/ and afp://endzone.apple.com/OldRestoreImages/ (among many others) . Unfortunately, the afp protocol can only be accessed through Apple's internal VPN.

However, you can create your own bundles by extracting an IPSW into a folder. The downside is that you don't get access to any internal/debugging stuff since it is a public firmware. 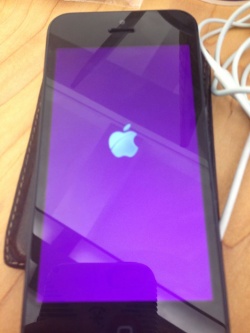 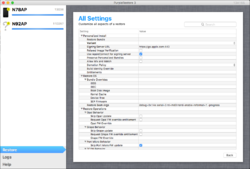