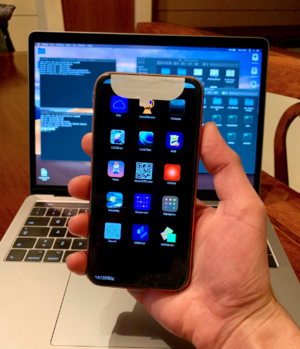 This build is most likely based on an internal build of iOS 12.0. It was first found on an iPhone XR prototype but may support other devices. Strangely, the app icon layout in SwitchBoard.app looks similar to older firmwares such as HoodooYabuli 9B3176n

Upon booting SwitchBoard.app Lets you choose from the following applications.