Difference between revisions of "NAND" 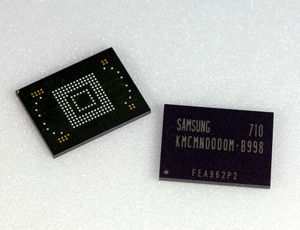 NAND, so called because of its use of NOT AND (NAND) gates, is a type of non-volatile memory chip that is used in all iDevices. This chip is where all the storage of the device is located. In the case of iOS, the chips can range anywhere from 4 GiB to 128 GiB.

Jailbreaking, in it's simplest form, involves modifying /private/etc/fstab before being parsed by the kernel to mount the root partition as read-write (rw), as opposed to read-only (ro). The only use of a so called "bare-bones" jailbreak is a proof-of-concept. A semi known example (the only publicly disclosed) of a "bare-bones" jailbreak is the Apple TV 2G from 4.0 (4.1) to 4.1 (4.2). Not all jailbreak payloads modify /private/etc/fstab, some of them remount the root partition manually.