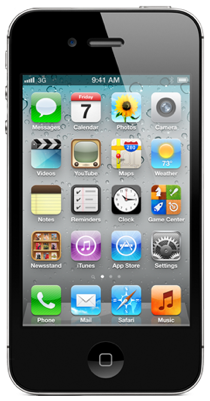 The iPhone 4S has hardware support for both GPS and GLONASS signals for location determination included with the Qualcomm MDM6610. Apple's online advertising material for the 4S mentions GLONASS support, but as of October 20, 2011, no further details about this support have been publicly revealed.