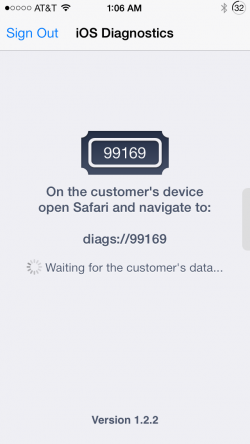 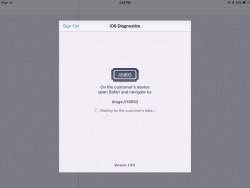 iOS Diagnostics is an Apple internal application. It is the iOS equivalent of an internal Apple OS X application named "Behavior Scan", used at the Genius Bar to detect and test different aspects of the device. The iOS version was added so that users could be better helped over the phone instead of making them come in to an Apple Store for support. It is currently used for < 8.3 devices; newer devices use Apple Service Toolkit 2.