Difference between revisions of "Greenpois0n (jailbreak)" 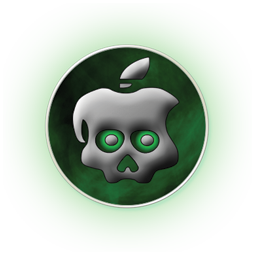 Greenpois0n is both a cross-platform hacker toolkit (that helps users to find their own exploits for jailbreaks, write custom ramdisks, and create custom firmwares) as well as a jailbreak tool for iDevices written by Chronic Dev.

Greenpois0n was originally written using two exploits: SHAtter (a bootrom exploit) as well as a userland exploit provided by Comex to make the jailbreak untethered. A release date of 10/10/10 10:10:10 AM (GMT) was announced, as well as the list of supported devices. Due to the nature of SHAtter, only iDevices using the A4 Processor were supported. geohot later released another jailbreak (limera1n using a different bootrom exploit) on 9 October 2010, which led to a delay in greenpois0n's release (to implement geohot's exploit, not SHAtter). Greenpois0n has now been released but initial reports said it does not work.

There was much controversy surrounding the sudden release of limera1n and the motives behind it. The main reasons for the limera1n release were:

The reason for this is bootrom exploits are not patchable with software updates. It requires new hardware to fix the security hole. Since the limera1n hole was already discovered and patched by Apple, it benefits the community if SHAtter is saved in hopes of using it with new hardware, like the 5th generation iPhone/iPod touch and the iPad 2G.

iPhone 4 with greenpois0n output (via irecovery):