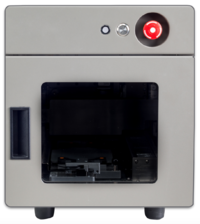 Additionally, the technician must have a back-of-house (BOH) iMac running the latest version of 3DTouchCal software, and a 3D Touch Calibration Fixture, connected to the iMac's Ethernet port.